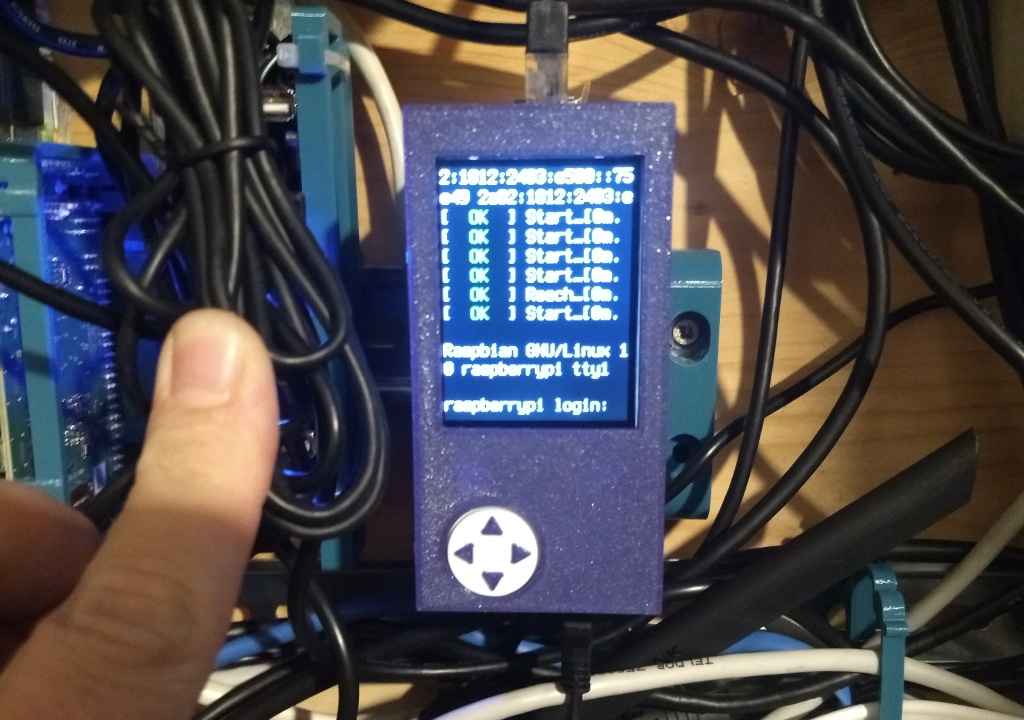 I've been running network services on embedded arm platforms for for more than 8 years now, and when things go wrong, had to drag around HDMI monitors to hook up. For the last years I had a pi connected to the serial console to avoid that.

I have been mounting all my networking and smarthome devices on a DIN rail, and I had some small 2.2" TFT displays around for a different project.

I thought it would be nice to create a raspberry pi enclosure that included such a display so there's a real video console on the device that can also be used as status display.

I run Ubuntu 20.04 server on my raspberry pi 4, and discovered there are already loadable kernel modules (drivers) for these TFT displays in /lib/modules.

I couldn't find a suitable device tree blob, so I tweaked an existing one to make it work. 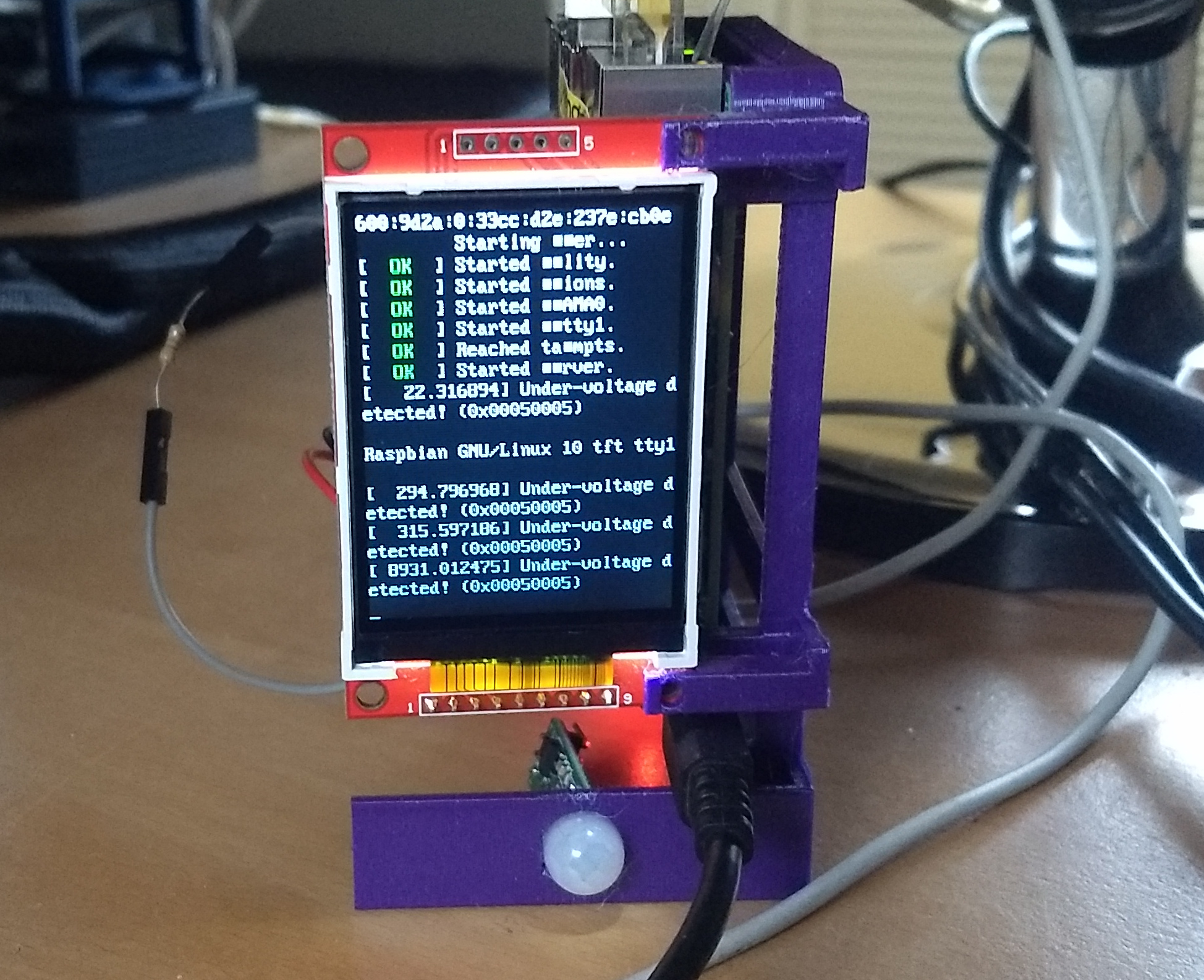 I found a very nice article on how to use the display on the internet: https://www.xgadget.de/anleitung/2-2-spi-display-ili9341-am-raspberry-betreiben/

I flashed a raspbian to an SD card and followed the instructions, this worked so I was sure the wiring and hardware is working OK.

I want to use this on Ubuntu by using device tree, so I needed a device tree blob.

I couldn't find an exact match on internet, but the pitft22a.dts file was close, so I modified it to use different pins and the 9341 instead of 9340.

On startup, this appears in the kernel debug log:

And presto, a tiny working video console appears on the TFT.

Next I gave this a try on Ubuntu 20.04 arm64. The kernel log shows the same message, but the TFT remains white.

I took logic traces for both, and the SPI bus looks functional in both cases, and the data mostly identical.

Other than that, I tried playing with con2fbmap, and tried to start X11 on /dev/fb0, but no success.

Liked something? Worked on something similar? Let me know what you think on Twitter!
You can direct-message me, or mention me @thouters
posted at 22:00  ·  raspberrypi  linux
❮ Din-rail mounted Home assistant gear owl-filament.de review  ❯